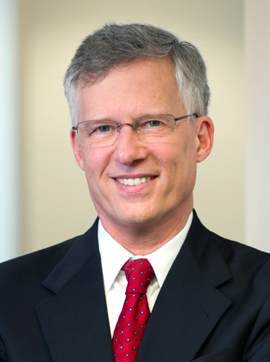 
Rick Claxton, a member of the firm’s Litigation, Appellate and ADR practice groups, has over 30 years of courtroom experience representing clients ranging from individuals to Fortune 50 corporations. A veteran of dozens of jury and bench trials, Rick focuses his practice on complex business cases, such as corporate and partnership disputes, construction litigation, business torts, and employment litigation. However, Rick has always maintained a diverse practice, including cases ranging from copyright and trademark litigation to representation of individuals with major personal injury claims.

In addition to his trial work, Rick has substantial appellate court experience, having briefed and argued cases before the highest courts of the District of Columbia and Maryland, as well as before various federal circuit courts.

Rick graduated with honors from Boston University School of Law where he served as executive editor of the American Journal of Law and Medicine.