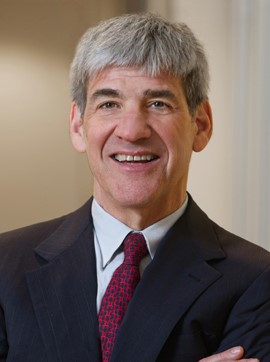 “Every problem has its own story. By adapting what we learn from past experiences to fresh, innovative ideas, we can devise a successful approach to our problem solving.”


For 35 years, Robert has specialized in insurance recovery on behalf of policyholders. As Chair of the Insurance Recovery group and a member of the firm’s Litigation and Appellate practices, Robert litigates complex disputes against insurance companies on behalf of corporations seeking coverage for all manner of claims involving every form of risk and exposure such as those arising out of products, securities, directors & officers, energy, automotive, financial institutions, medical devices and health, among others.

Robert has successfully argued precedent-setting appeals in the second, third, and fourth U.S. Courts of Appeals, as well as the California Court of Appeal, San Francisco Division. Among other noteworthy representations, in MBIA, Inc. v Federal Ins. Co., 652 Fed. 3rd 152 (2nd Cir. 2011), Robert obtained a sweeping first impression decision requiring insurance companies to pay defense costs from the initiation of government investigations before suit was filed. This decision allowed companies to access vast amounts of insurance that routinely are contested by the insurance industry. The MBIA decision also granted coverage for Special Litigation Counsel, a cost incurred in the defense of derivative actions that insurance companies also regularly contest. Robert also led a team on behalf of International Paper Company through a series of trials, mediations and arbitrations that recouped nearly $1 billion in costs including damages, class counsel fees, notice programs and administrative costs. Robert’s team also achieved a $90mm verdict against the primary insurance company that failed to defend International Paper in bad faith. The International Paper Company underlying litigation began as a potentially ruinous last of its kind “drive-by” class certification in which Robert initially led a court-mandated mediation that settled the dispute prior to the resolution of the coverage litigation.

Robert’s practice is national and international in scope. He has experience in state and federal courts throughout the US, as well as in adjudicative bodies in the United Kingdom. Notably, Robert has been involved since its genesis in disputes arising out of the Bermuda form insurance policy which requires arbitrations in the UK under NY law. Robert’s domestic and Bermuda form- UK arbitrations have involved disputes ranging from coverage for securities violations, MTBE, application of a unique special purpose insurance contract to a claims made class action settlement, multi-claim personal injury exposure as a result of a rail car explosion and a dispute over coverage for allegedly defective medical devices. As a predicate to the International Arbitrations, Robert has led the strategic, critical negotiations involved in the composition of the panel. In addition to insurance recovery and the resolution of class disputes, he also has represented Electrolux North America in the defense of multidistrict litigation involving consumer subrogation claims brought by a number of homeowner insurance companies. Unique to the specific needs of that dispute, Robert successfully defeated the MDL.

The thrust of Robert’s practice is innovative problem solving through early intervention on the client’s behalf. Robert believes that it is paramount to be poised to reach global resolutions when warranted while at the same time being fully prepared to take a matter through the entire adjudicative process. Robert adheres to a philosophy that decision making needs a story that allows one to understand consequences, including those that are likely and unlikely. Indeed, the result that might seem unlikely may drive a particular client’s choices. As a client once put it, “one size fits one.” By taking all of that into account, Robert believes he and his team can effectively and efficiently serve as his clients’ advocate.