Welcome Back to the USA!

I CAN’T FEEL MY FACE…

Why is my face pulsating and my head pounding? Why am I sitting on the floor? I asked myself these questions – in Spanish, because, at the time, that was the only language I spoke. Teachers and students were crowding around me saying things I did not understand. Everyone and everything was spinning and then it stopped. My eyes focused on this one kid, who had been standing in front of me in line. He was the only one staring at me with an angry frown and a clenched fist by his side. He had taken me out. Punched me right in the face on the first day of Kindergarten, N.Y.C., PS 205!

A month earlier my parents had decided to move from an apartment in Madrid, Spain, overlooking the snowcapped mountains that surround the city, to a New York City apartment overlooking other buildings overlooking even more buildings. Two weeks before the first day of school, they had decided to return to the country of my birth to start my education. No Berlitz, Babel or other crash courses in English. Nada!!

At my elementary school, there were no ESL classes and there was no “Si Hablamos Español” anywhere. The French teacher didn’t help either, nor was she very sympathetic. She was irritated when in attempting to teach me how to write in French, I would, in response, write in Spanish.

When I complained to my parents, they pulled out one of many “Americanisms.” “Did John Wayne complain about all the things he would have to deal with heading out West?” My dad finished with “and what’s your problem, you already speak one language fluently, picking up a second language, English, or third, French (yeah right Dad) should be a piece of cake.” So, with the image of the Duke sauntering in his cowboy boots in my mind, I tried.

It wasn’t easy. But my parents settled into a formula. Every problem would be met with an “Americanism.” Reading Problem: See Spot Run. Spot? My dog was called Lobo. Solution: Work harder, Americans do and they succeed. Sports Problem: Football versus Futbol a/k/a Soccer (this got really confusing). Football later was referred to as Futbol Americano. Solution: Forget football. Focus on America’s national past-time: Baseball! And a close second: Boxing (Cuban/Mexican parents and extended family – almost self-explanatory). I had two great uncles who were professionals in both these sports separately in Cuba. Bullying Problem: Best exemplified by the Warden’s famous line from Cool Hand Luke: “What we have here is a failure to communicate.” And what the N.Y.C. teachers would later describe as a “failure to assimilate.” Solution: Americans don’t go looking for a fight, but we never back down from one – and never from a bully. You stand up to bullies. Then, my Dad would run off a list of brave Americans from George Washington to Abraham Lincoln to George Patton and Cesar Chavez.

So I started to apply these “Americanisms” as taught by my dear parents. And almost like magic everything started to click, straight through to second grade, except in one major area. It seemed that the trips to the Principal’s office were increasing. But it didn’t make sense to me. I was doing everything I was told. It was the bullying. I wasn’t picking fights and I was only defending myself. My mom said maybe they have never met someone like me before? Maybe? I mean how many Carlos’ could there be in early 1970’s N.Y.C.? Roberto Clemente was huge, but not a Yankee; and certainly not named Carlos. Dave Concepcion was a Cincinnati Red, but his name was David. My mom was freaking out. This was going to get in the way of becoming someone. She would plead: “You have to stay out of the Principal’s office. How you are going to become Dr. Lastra?” Finally, what I could only describe as the grace of God intervening, my mother was called into the Principal’s office for a meeting with me. As soon as we sat down, this is how it went:

The Principal then explained that what was fine for Spain, or Europe, was not doing me any favors in the Big Apple circa 1972. And so, thankfully, my mother put away my velvet short pants, round collared cuffed-linked shirt, long socks and shorts, boots, and lederhosen-type suspenders; and switched them out for Levi’s, Chuck Taylors and Garanimals. I was no longer dressing like a Spanish prince. Instead, I was now in JCPenney heaven. Assimilation Done.

Things turned the corner. The USA was awesome. We rocked it out in the Munich Olympics. The Yankees were an obsession. I lived in the same place as the Empire State Building, the Statute of Liberty and the Bronx Zoo. I could get a hot dog at any corner! Plus, it snowed in New York, a lot.

My folks had given me the most important “Americanism,” their go-to, and then mine, the one that would be a compass: “This is your country. You are an American! And you can do and be anything you want. You can’t spell the word American without the word can and there is no can’t in American.”

Carlos M. Lastra is Co-Chair of the Family Law practice at Paley Rothman, where he also co-chairs the firm’s Diversity & Inclusion Committee. He writes this account of his experiences as a first generation American in celebration of National Hispanic Heritage Month. 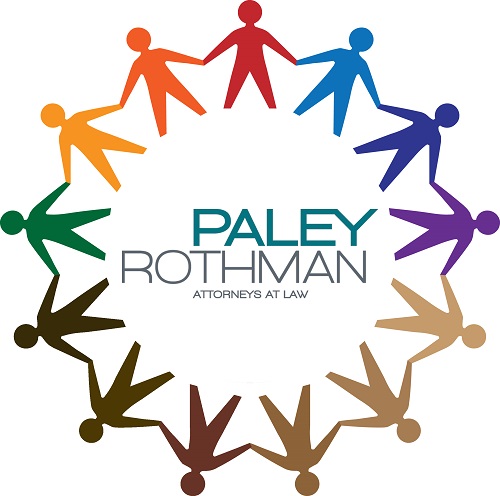