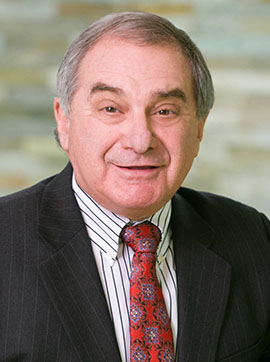 “As Albert Einstein once said, ‘We cannot solve our problems with the same thinking we used when we created them.’ For the last 40 years, I have devoted my practice to following this philosophy.”

Wayne Eig refers to himself as a business and tax lawyer for individuals and closely held entities, providing advice to clients involved in various business, investment, financial and succession planning activities. Sometimes, his clients are individuals or families, sometimes entities and often a combination of individuals/families and affiliated entities working together. Sometimes, these businesses have great value, sometimes they do not – but all of these clients have needs which require legal attention.

Over the course of his career, Wayne has chaired some of the firm’s major practice groups – Estate & Trust Administration, Estate Planning, Tax, and Corporate. In forty years of practice, Wayne has learned that the role of a small business lawyer is to work with clients to help define and address their goals, and just as importantly, to evaluate and monitor them over time. Whether it is a fairly simple will and estate plan or a complicated transaction involving tens or even hundreds of millions of dollars, the role of the small business lawyer remains the same.

Wayne has lectured extensively, both to attorneys and other professionals, as well as to client groups, and has published articles in the areas of estate planning, tax planning, succession planning and wealth transfer planning. Before practicing law, Wayne was a teacher, and as an attorney, he has continued to teach – both to younger attorneys in the firm, as well as to colleagues practicing in related professions.